The team at pixjuegos is working their butts off on a whopping 7 games for OUYA. Sounds like a lot of hard work, and I’m sure it is, but they’ve also got a trick up their sleeve: BennuGD.  The platform allows for cross-platform game development which means in addition to OUYA, Pixjuegos games could be available on Windows, Linux, MacOSX, iOS, and Homebrew. As you may have guessed, some of their apps – like PiX Frogger, are already available on the Google Play Store.

Let’s take a look at some of the games on which they’re working.

This game was the winner of the 1st ever game-developing contest in Castellon, Spain and the developers describe it as: “Beat’em up, up to 4 players on the same console or online, featuring the city of Castellón.” (Discuss on OUYA Boards)

I have to admit the music on this drove me a little crazy, but overall looks like a pretty simple and fun game done in Donkey Kongish style. (Discuss on OUYA Boards)

80 levels, 6 bosses, 2 game modes, up to 2 players and Pang-like action. If you don’t know what Pang is like… you might also know it under the name Buster Bros. which was released by Capcom in 1989. Only a screen cap of this game. (Discuss on OUYA Boards) 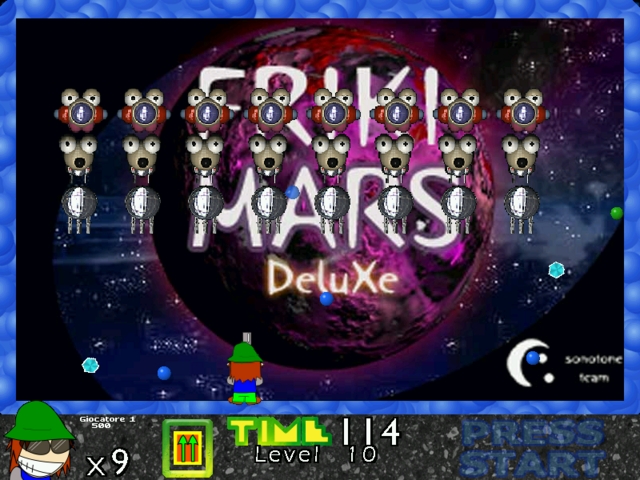 Everyone knows the old school arcade game frogger, right (I know George Costanza does)? Well pixjuegos is bringing that back with a one button game allowing up to four players. Whoever survives the longest or crosses the street first wins! The game shown is in Linux but we assure you this will be on OUYA when… you… play it on OUYA. Although hopefully it won’t come with those same selection screen SFX. (Discuss on OUYA Boards)

This looks like you typical space shooter but really well done. The original version has 5 levels, 6 weapons with upgrades, but is only available for 1 player. We’re told the OUYA version will support 4 players which could make this game absolutely SICK for arcade junkies. (Discuss on OUYA Boards)

These games aren’t by any means earth shattering, but it’s great to see developers embracing OUYA and we’re excited to see the quantity, quality, and variety of games that launch on the OUYA game store when it comes out in (hopefully) March.