Platformer/Puzzler games can be fun and even addicting. But when you’ve run out of levels to conquer, you’re left twiddling your thumbs wondering what to do next. Retroformer intends to extend the possibilities of puzzlers through the roof by offering an image uploader and in-game level editor to allow users to create their own levels.

Great idea. Another way to extend the replayability of a puzzle game is to add a time count, allowing users to attempt to beat their personal records. Would love to see that option added.

I quickly downloaded the alpha web version (visit their site, scroll to the bottom and you’ll see download options for PC and Mac). I played for about 20 minute and have to admit it was rather fun. Some obvious glitches and irritations to work out, starting with the music ending quickly and you’re left playing in silence, but overall this could be a pretty fun time passer. In game music loops are set to be addressed in the next planned update.

Last year, Paradigm was keeping their “developer diary” up to date on Unity3D.com but haven’t offered any updates there since September 2012. We’re hoping that’s because they’ve got their head down focused on getting Retroformer ready for OUYA in  March. 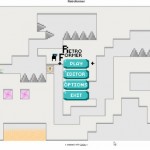 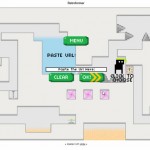