If you think about it, it’s pretty crazy that Tower Defense games have become an entire category. There are thousands and thousands on the Google Play Store and now we know that at least one will be hitting OUYA when it launches: Frontline Defender Lite (AKA FLD 3D Lite).

With over 10,000 installs and a 3.4 AVG rating on the Play Store, it’ll be interesting to see how the game is received on OUYA. There is a mixed bag of reviews, but perhaps a constant internet connection and classic gaming controller will help users realize a new level of enjoyment with FLD 3D Lite on OUYA.

Although the concept of a 3D Tower Defense game is enticing and Akebulan Enterprises generally do a nice job with the 3D modeling, in some ways the 3D nature attempts to be too advanced for its own good, getting in the way of gameplay. While this is true for playing the game on a phone or tablet, perhaps the big screen nature of television will improve the experience. We’ll have to wait and see. 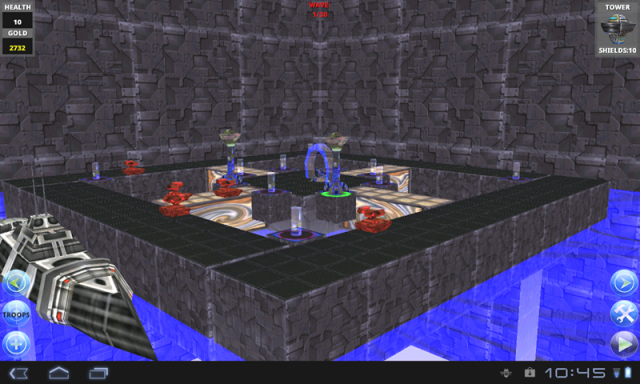 Are you a tower defense lover? Any particular version you’d like to see on OUYA? And if you’ve played FLD 3D Lite for Android, what OUYA specific features would you like to see implemented?