This game doesn’t have a name, so I’m preliminarily naming it myself: Space Dodger. You’re a spaceship navigating in a tight tunnel, forced to dodge obstacles in hopes of surviving. Picking up powerups along the way will aid your chances and the sooner you escape the mayhem the more points you’ll earn. It’s an enjoyable formula we’ve seen before.

The full-speed demo that starts around 2:20 into the above video gives me the heebee geebees… I don’t think I could operate my spacecraft that quickly.

Overall the game seems smooth and the concept, while familiar and not terribly original, seems to work well and should translate nicely on the OUYA. I initially felt the continually dark nature of the sample level could prove bothersome- as if the speed and difficulty aren’t already a large enough challenge, the pitch black color scheme seems to make identifying walls and obstacles an added irritation. But a quick look at some screenshots on the Hypercane Studios websites indicates this is mostly due to poor video compression: 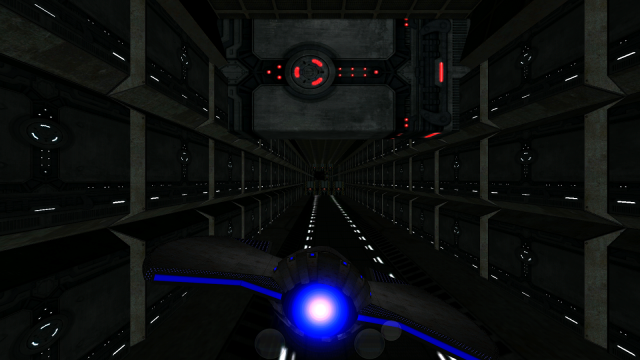 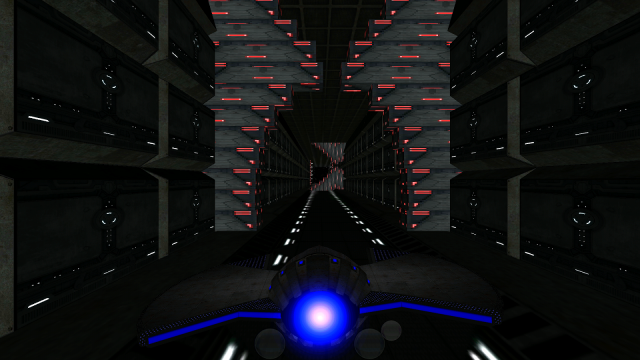 I must admit, those screenies are pretty gorgeous. Still, I’m hoping Hypercane has some levels lined up with more bright and vibrant colors to keep things interesting and visually appealing.