The first video in a 3-part series,shows Chris Harris and McLaren test driver Mat Jackson as they drive the 2 McLaren super cars around the bends of the famous track.

I’m thoroughly enjoying working on these videos for GRID 2, and adding a few pointers to help develop the handling on some of the key cars in the game. It’s a great opportunity to explore the ever-closer relationship between real driving and the virtual world, – Chris Harris

Brands Hatch is just one of the amazingly recreated tracks for Grid 2. Others include Yas Marinas in Abu Dhabi and Austria’s Red Bull Ring, and of course closed street circuits in various parts of the world.

I’m really looking forward to not only the next 2 videos, but anything else Codemasters can throw at us for Grid-related deliciousness. For a behind-the-scenes look at the making of Part 1, head over to the Codemasters Codies Blog. Check out Part 1 above and tell us what you think. Grid 2 is set to be released this Summer for Xbox 360, PS3 and Windows. 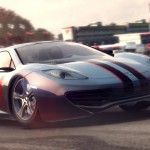 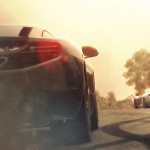 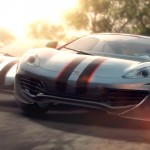 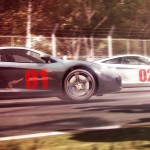