Ninja Gaiden Sigma 2 Plus is scheduled for release on the PlayStation Store for digital download and in retail concurrently on February 26. Developer Team NINJA and publisher Tecmo Koei unleash a press release detailing the return of Hero mode as well as the many characters in Sigma 2 Plus exclusively on Vita.

With Ryu Hayabusa returning in this sequel, expect to play the same game as was on PS3 including all the costumes and some new outfits. Strike down your enemies from Tokyo to New York and meet all the characters from previous Ninja Gaiden games such as Momiji, Muramasa, Dagra Dai, and more.

In the off chance you’re a PlayStation Plus subscriber and have been playing the first Ninja Gaiden Sigma Plus for free, or bought it with money, you may be familiar with this “Hero play-style.” Team Ninja wants us all to know that it’s making a valiant return in Sigma 2 Plus. It will allow the game to automatically turn on things like auto block, auto evade, more damage, and a higher probability of enemy dismemberment when your character’s health runs low.

Ninja Gaiden Sigma 2 Plus has been graphically optimized for the Vita’s beautiful 5″ OLED screen. It will also include front/rear touch and motion controls taking advantage of the additional input devices on the Vita. By now, most gamers should know that this normally doesn’t make a Ninja Gaiden game any easier. We’ll hold out judgment until the game releases. 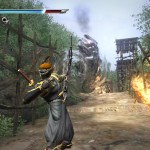 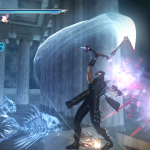 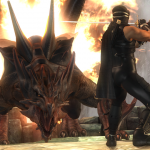 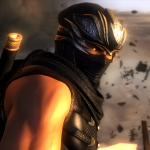 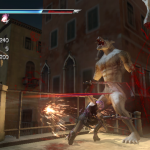 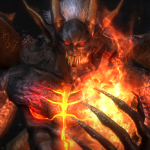 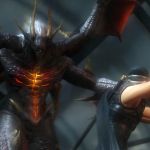 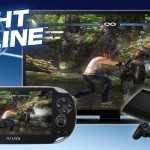