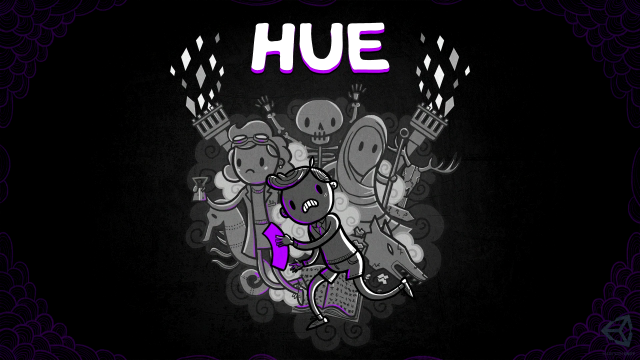 I’m colorblind. No, that doesn’t mean I see in black and white, nor, in my case, does it mean that I only see certain colors. For me, being colorblind means that a red for me might be a burgundy, or even an orange, for you. Colors that are similar in shade are difficult for me to tell apart. That’s why when I saw the PS4 announcement trailer for developer Fiddlesticks’ Hue, I was both excited and somewhat dismayed.

Hue is a side-scrolling, 2D, puzzle-platformer with a lot of focus on colors. When you boot up the game, you immediately get the feeling that something’s not quite right: there’s no color. Everything is a monochrome gray and black. It’s very dreary and depressing, even more so once the somber soundtrack by composer Alkis Livathinos starts to kick in. His contribution to Hue excellently sets the tone for this adventure.

A world of color 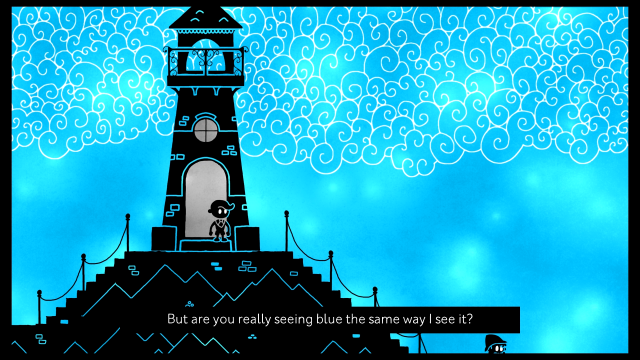 The narration provided by actress Anna Acton paints the setting.You play as Hue, a boy whose mother suddenly goes missing one day. Now, it’s up to you to find her in this black and gray world. In order to do so, you’ll need to manipulate various colors you acquire along your journey. Every time you pick up one of Hue’s mother’s letters between puzzles, Acton’s warm and, well, motherly voice provides an update on the story, carving a clear path from beginning to end without much interpretation needed on the player’s part. Hue might not have a deep story like some other games, but it still manages to really tug at your heart strings as things start to become clearer.

One by one, you’ll find new colors. Moving the right thumbstick in any direction brings up a color wheel as time slows to a crawl and the world is plunged into darkness, revealing various color blocks in the surrounding area. In mid-jump, this affords the player just enough time to make a split-second decision: what color do you choose to bring the block back to the physical world? Choosing any color but the block’s color (or shape) will bring it back, allowing you to interact with it and proceed with any given puzzle. 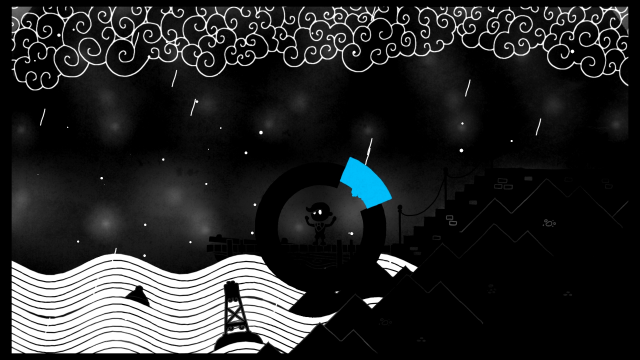 The first color you acquire is blue, meanwhile, the second is purple. This is where I started to have problems. The similarities between the two colors immediately made figuring out how to get from my starting destination in a puzzle room, to the key, and finally the door more difficult.

Because the game starts so suddenly, it’s not immediately obvious that a colorblind option exists in the game. Exploring the options menu brings this up, so it’s not exactly hard to find. Enabling the colorblind mode turns Hue into a different kind of game. Where before it was about matching or mismatching colors, now it becomes a game of shapes as foreign symbols take their place on top of the existing colors both in your color wheel and in the physical world. Because of the colorblind mode, solving puzzles doesn’t necessitate mastery of our color system, but rather quick reflexes to switch to the appropriate color before something squishes you. 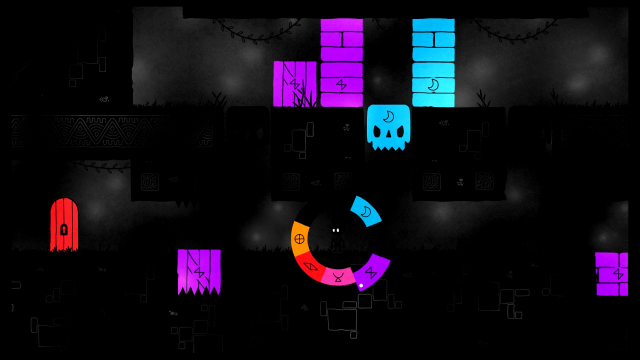 It’s actually quite interesting how much Hue changes with the colorblind setting turned on. The shapes add another layer you simply don’t get without them. They transform the various blocks of wood and angry, spiky, death traps into mystical items with a history just waiting to be unearthed. Without the shapes accompanying their respective colors, it feels like Hue is missing something.

That said, the game becomes more manageable. Don’t confuse manageable with easy, though. If there’s something Hue isn’t, it’s easy. In fact, Hue is the most hardest, most frustrating game I’ve ever had the pleasure of playing. There were moments where I would try fruitlessly to figure out how to get one block from the top of the room to another location to get to the key I needed while literally pulling at my hair. Luckily, my hair has escaped this review intact, but Hue is a mentally-exhausting game.

Just as you think it’s over, Hue throws more mechanics in your face, dragging out the length of this six-hour game and making it far more difficult. This gives you a chance to really appreciate that stellar soundtrack since you’ll be familiarizing yourself with quite a bit of it as you sit for ages trying to figure out a puzzle. It started to become normal for me to spend upwards of 20 minutes on most of the puzzles. 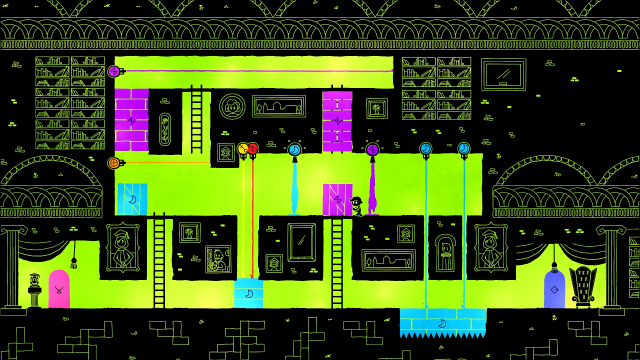 And that’s probably the most puzzling thing about Hue. Initially, this game feels so easy. The hard puzzles were never really too hard, in retrospect, and the easy ones weren’t insultingly easy. The balance between story, difficulty, and gameplay was very good. But the last half of the game sees less story and more puzzles as things begin to draw to a close. The short, story breaks between puzzles die out. There isn’t much of a chance to recharge yourself before you walk straight into another puzzle. As annoying as that was, finally completing a puzzle always made me feel good about myself. Knowing that I was able to accomplish this seemingly impossible task without referring to a guide brought a brief smile to my face before I gritted my teeth at the next puzzle.

Hue may have a sudden difficulty spike, and that’s sure to dissuade some players from completing that last half, but the feeling of satisfaction that comes after completing these puzzles is second to none.

Bringing everything together is a musical score of somber, slow music that mercilessly pulls you into the world of Hue and doesn’t let you go until the credits roll. A lot of the time, I ended up just standing by, listening to the gentle tap of the piano while the ethereal sounds took me away. The soundtrack is so good, in fact, that I’ve been listening to it while doing this review. 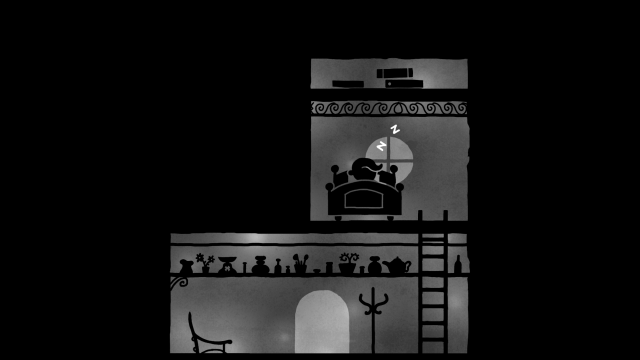 Hue is a game that most likely won’t inspire any profound conversations for tackling new story elements in gaming, but it doesn’t need to. The game provides enough story to build up the monochrome world, provide motivation for your actions, and gradually introduce you to the game before letting you discover that you haven’t really experienced much yet. The presence of a colorblind option is an appreciated necessity that’s often overlooked in such color-focused games. Alkis Livathinos’ soundtrack does well to keep you relatively calm when all you want to do is throw your controller across the room. Meanwhile, the gameplay itself is frustrating and difficult, yet offers the most genuine, earned moments of “eureka!”  I’ve experienced in a video game to date.

– Shorter breaks can be very exhausting
– Game starts to drag on near the end
– Difficulty spike can be a deterrent near the end. 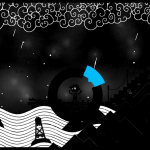 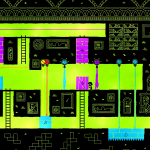 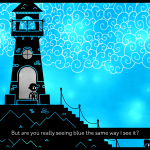 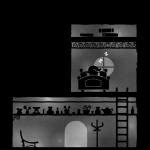 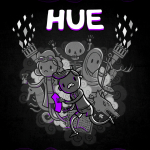 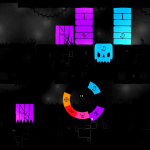 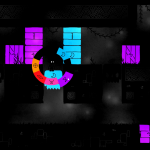