3D platformers are a dime in a dozen these days. For whatever reason, that genre seems to have nearly died. That’s why I was so excited to see FreezeME pop up last Tuesday while I was browsing the PlayStation Store. 3D platformers are a genre I grew up with and loved. And if the level design and general aesthetic of FreezeME is anything to go by, it seems like the developers feel the same way. 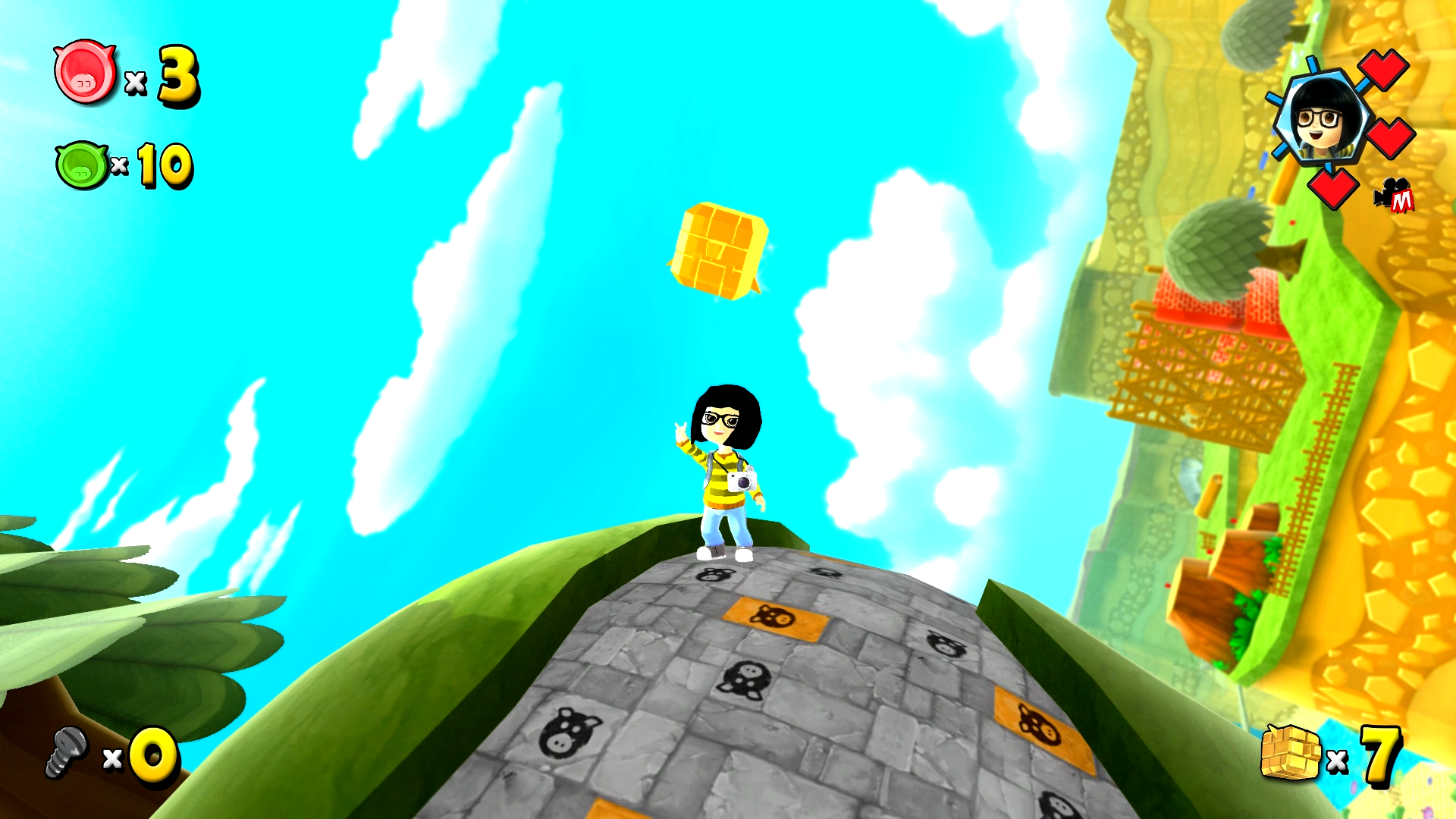 The first thing you’ll notice while playing FreezeME is how familiar it all feels. You wouldn’t be wrong to think that FreezeME is a copy of Super Mario 64 with elements of Super Mario Galaxy mixed in for good measure. The moderately-sized levels, gravity sections, and 2D segments help further this claim, yet there are certain elements that push the game more toward homage than copy.

FreezeME, like other 3D platformers, is light on story. There’s a short introduction sequence to pull you into the world and set up the events of the game, but otherwise, there doesn’t really seem to be much thought put into the overall narrative. Although the events of the intro set up protagonist R’s objective, there isn’t a reason to remember any of that once you’re in the game.

Instead of limiting players with a linearly-structured mission pool, you’re given free reign on how to tackle each of FreezeME’s three or four worlds. Once you hop in, you select a mission and are transported into the chosen world. However, this mission select is simply a vehicle to drop you into the world and give you an objective to go by, if you so choose. You might have to race a rabbit for the default mission, but there’s nothing stopping you from searching high and low for 150 red coins.

An homage to the past 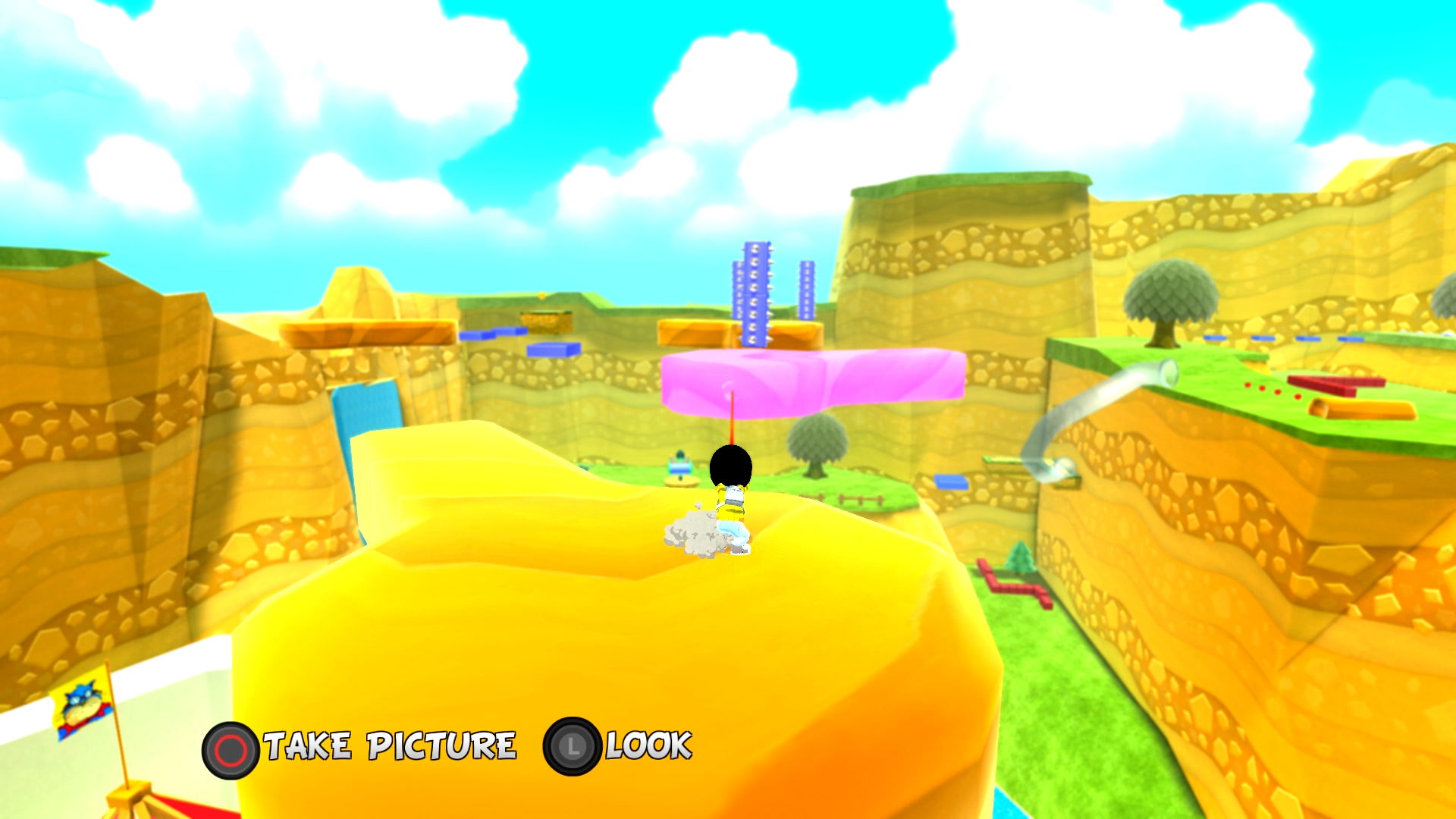 If this is beginning to sound familiar, it should. This heavily resembles the structure of Super Mario 64. Even the first level with its bright colors, races against NPCs, and giant, easy boss will make Mario fans feel at home. And like in Super Mario 64, there are bright and shiny objects waiting for you at the end of each mission. In Mario, they’re stars, in FreezeME they’re golden cubes. Get enough golden cubes and you’ll unlock the next world.

Where FreezeME begins to differ from its predecessors are the freezing mechanics. By using R’s camera, you can freeze enemies and platforms in their place. This adds a unique element to platforming segments as you try to freeze them before they leave you behind, or so you can continue jumping toward your destination. After some fiddling around, I’ve grown pretty comfortable with the camera controls, but not enough so that I can use them with little effort. There are still moments when I wrestle with the laser pointer of the camera because it starts above R rather than in front of her.

Not all sunshine and rainbows 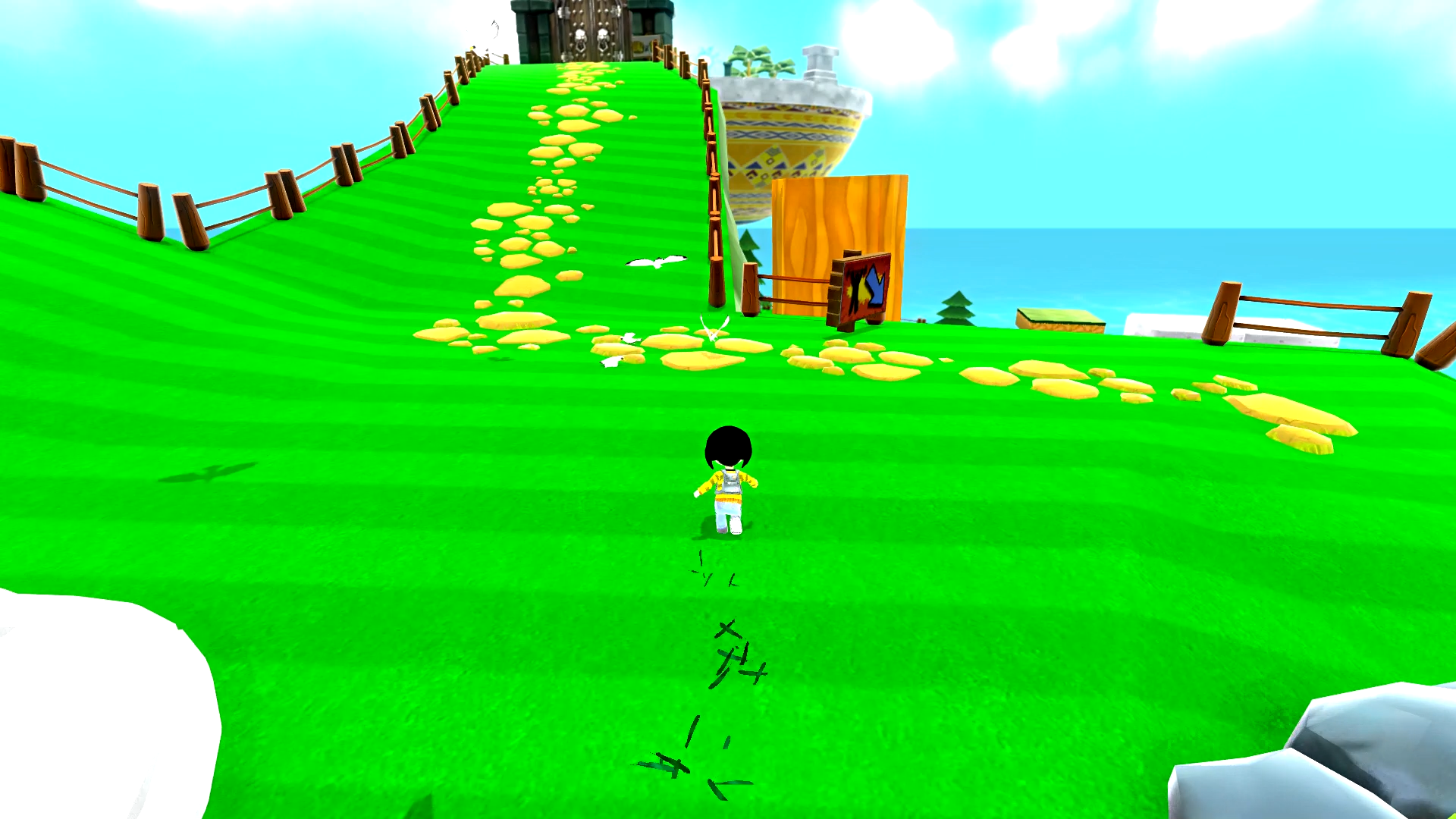 As much as I’m enjoying my time with FreezeME, the game is far from perfect. I haven’t encountered any game-breaking glitches, but playing FreezeME for about four hours has opened my mind to the central problem of 3D platformers, something that this game can’t shake: time management.

Getting around in FreezeME takes a while. Because the worlds and hub are large, getting from point A to point B can be tedious at times, especially when you fail a mission. Remember in Super Mario 64 when Mario would get thrown out of the level and land just outside the painting portal? That was fine. What FreezeME does isn’t. FreezeME decides to throw you to the center of the hub world. This means you have to walk all the way back to the portal leading to each world if you fail a mission.

You probably won’t fail often, in fact, the only way to fail is by dying which isn’t very easy, but that’s not the point. The point is that the easier solution would be to throw you just outside the portal, allowing for immediate access and encouraging something we’ve all learned as children: try, try again.