9 games you can play online without a PlayStation Plus subscription

However, there are a handful of games you can play online without requiring a PlayStation Plus subscription. Most of these are free-to-play games and MMOs that offer a subscription or cash shop items. That means there’s a free version, but you’ll likely have a better experience with the game if you fork over a little cash. Here’s a peek at what’s available without a PS+ subscription. The Elder Scrolls Online was a mess when it launched back in 2013, but since then Bethesda has taken special care with the game to shape it up into something that’s actually playable. When the game first debuted it cost $60 on top of a $15 a month subscription, which is part of the reason the game doesn’t require PlayStation Plus to play.

Now the game has gone buy-to-play, which means you can buy the base game and play it without having to worry about a subscription either way. The four DLC packs that are available can be bought piecemeal with crowns if you want, or you can subscribe to ESO Plus for $14.99 a month to get access to all that content plus receive additional perks like 10% experience and gold gain.

While the base game typically costs $30, you can find it on sale for around $10 regularly which makes this a great game for someone looking to get a lot of content for not a lot of money. 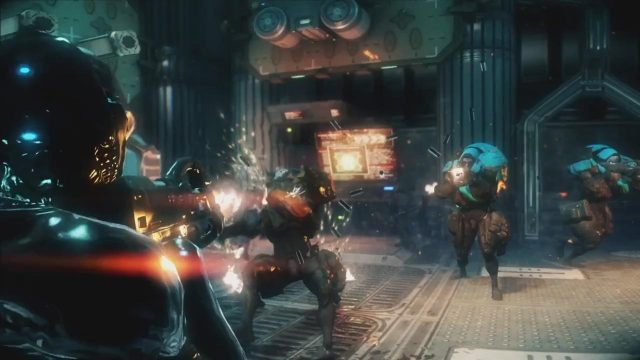 Warframe is another PS4 title that has been available on the console since launch. It’s a free-to-play third-person shooter with plenty of acrobatics and gunplay to keep the game interesting. Starter Warframes that are available are just as competitive as the Warframes available for purchase for cash. The game even features systems that give you premium currency for free, so eventually you can buy those Warframes with in-game money.

The only thing that will set you back real cash if you’re not determined to earn money through playing is additional character slots. The developers often have sales on the cash shop currency in the game so if you’re looking for a good shooter to fire up on your new PS4 Pro, try Warframe first. Smite has the unique distinction of being one of the only MOBA games available on a console. Both League of Legends and DOTA 2 dominate the MOBA scene on PC, but neither is available for Xbox One or PlayStation 4 owners who want to get in on the experience. That’s where Smite comes in.

Rather than the top-down view that’s based on the real-time strategy games that gave birth to the genre, Smite features a third-person over the shoulder view of the gods you can command. You’ll need to work together with your teammates to overcome the other team and each god has a specific role on the battlefield, so if you’re looking for a game to get immersed in the technical details, Smite is great for that.

Hi-Rez follows the League of Legends model in which a certain rotation of gods are available for free each week. This gives you a chance to find a character you really want to master. If you find you really enjoy the game, you can purchase the full Pantheon and receive all current and future gods for $29.99. That package has been on sale for cheap before, so try out the game and if you like it, consider buying your favorite gods to play. 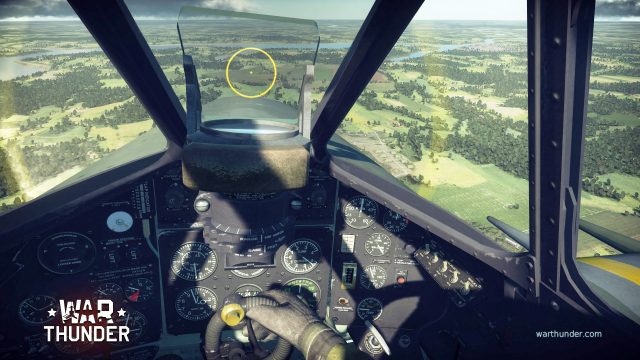 War Thunder lets you relive the glory of dog fights in WW2 planes with tanks on the side, but if you really want to drive around tanks you should take a look at World of Tanks further down this list. As it stands, War Thunder is a really fun free-to-play game where you can fly WW2 planes from several of the countries that participated in the war.

The game is slated to support PlayStation VR and was supposed to be available to play for the PlayStation VR launch, but th Gaijin Games has hit a few snags and so far the game isn’t available in VR just yet. Support for VR is coming soon. For PlayStation VR owners who are looking for new games to try, keep your eyes on War Thunder for the official VR support announcement. DC Universe Online predates the PS4 by about two years, but that hasn’t stopped the developers from bringing the MMORPG to Sony’s newest console. The game follows a similar model to The Elder Scrolls Online with its subscription fee, as it’s not required to enjoy the game but you will need it to access all the DLC.

A monthly subscription is $14.99 a month and brings several features including more inventory slots, the ability to form a league, more character slots, more bank slots, and the ability to trade items and cash between players. Want to a free-to-play game that’s like Call of Duty? Then look no further than Blacklight: Retribution. Although the original studio that created the game shut down in 2015, it’s been handed off to a new studio that’s full of the same employees to continue development of the title.

Blacklight: Retribution is a cyberpunk-themed first-person shooter than can only be played online. There’s no offline campaign, but for people who tend to enjoy Call of Duty style arcade shooters that’s not a problem. Blacklight: Retribution features incredible gun customization and while there is a premium currency for acquiring some items, all weapons, armor, and weapon attachments can be acquired with in-game currency. 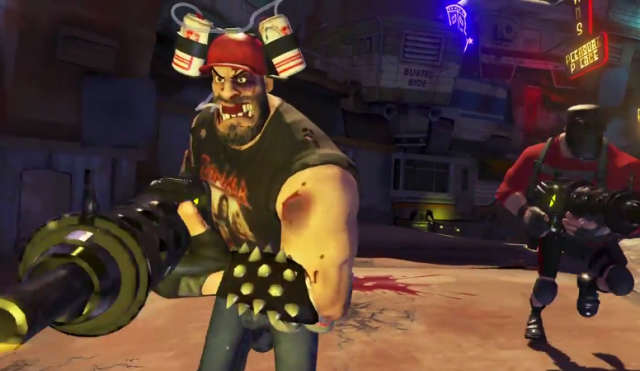 For those who prefer zany class-based shooters like Overwatch and Team Fortress 2, Loadout should be right up your alley. The game features a unique visual aesthetic that you won’t find anywhere else and it’s actually really fun to play if you like objective-based shooters that involve capturing and defending points on a map.

Loadout is pretty fair with how the developers make money off of the game. You can earn everything in the game through playing the game, but you will be putting some hours into it. No doubt the developers are attempting to get players to part with their cash with the extended time it takes to unlock splots in the game, but the competitive multiplayer aspect of the game is so fun that you might not notice.

The only downside to Loadout is it only has six maps, which is a far cry from what’s available in Team Fortress 2 or even Overwatch. If flying World War 2 planes doesn’t interest you, perhaps driving tanks from the same era and shooting other players to smithereens will. While War Thunder does feature land vehicles now, World of War Tanks is where it’s at if you want to feel like you’re accurately simulating armored vehicle combat.

World of Tanks has several different modes to try out and it functions much the same as War Thunder. The base game is free-to-play, but you’ll have to spend cash if you want to buy more tanks to trash.

All right, so I’m cheating a little by including this one on the list because technically, it’s not available yet. The same studio behind Smite is developing Paladins for PC, Xbox One, and PS4 and you can sign-up for the PS4 Smite closed beta to test the game out when it’s available.

Right now the game is in beta on PC and to call it an Overwatch clone would do it a disservice, but there’s plenty that the game borrows. Some of the heroes feel similar to Overwatch characters and the way map progression works is the same as well. Hi-Rez intends to offer Paladins on the same model as Smite, with some heroes available for free on a rotating basis and an all-included pack available at a specific price-point.

This game is the closest you’ll find to a free-to-play Overwatch that won’t require PS+ to play, so you’ll want to sign up to see if you get into the beta if you’re a fan of hero shooters like this one.