In the early days of gaming, it made sense to walk into GameStop and put down $5 on a game you wanted to purchase. Before digital downloads were a thing, games could actually be hard to find. Today’s internet-enabled landscape has changed that and with the prevalence of digital downloads and rushed development cycles, you’re actually hurting yourself in the long run when you pre-order a game.

What used to be a way for publishers and developers to gauge interest has become a guaranteed revenue stream as millions of gamers line up to plunk down their full $60 on a digital title that may or may not be playable at launch. In fact, just about every major game launch this year wasn’t without trouble. Dishonored 2 and Mafia 3 ran horribly on PC. Assassin’s Creed Unity was so bad Ubisoft stopped making the series annually after its sequel was released.

Developers on rushed, annualized cycles are working 60 and 80 hours a week to develop these games for publishers that demand more profit. No longer are you being guaranteed a copy of your favorite franchise, but rather you’re buying a lotto ticket for disappointment. Here’s four reasons you should stop pre-ordering games to stop this culture with your wallet.

Welcome to Don’t Pre-order 101, your primary example is No Man’s Sky. Even though the British Advertising Standards Authority ruled that the procedural nature of the game is a valid defense as to why the game is not an example of misleading advertising, many gamers feel differently. This video highlights just how misleading the game’s lead developer was when talking in interviews about the state of his game at launch.

To his credit, Sean Murray is not the only person who has misled gamers about their purchases. The EA vertical slice of Aliens: Colonial Marines was actually found at fault by the ASA as an example of misleading advertising and it had to be pulled as the state of the game at launch was nowhere near what was showcased in that trailer. Here’s a side-by-side comparison of those two. 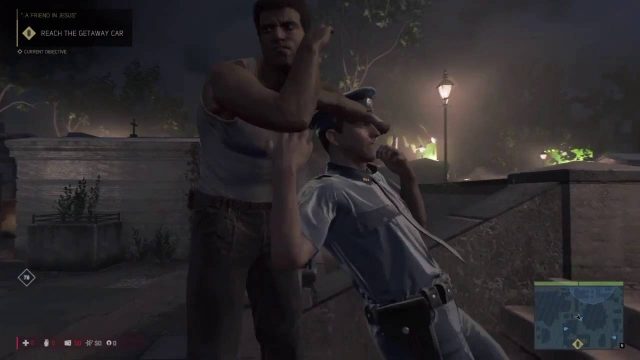 Publishers are constantly pushing their developers to stick to a financial schedule that allows them to maximize profits on a quarter by quarter level. That schedule is often at odds with the creative process, which can experience unforeseen delays that can snowball development into lengthy periods beyond what investors want to see.

Because your pre-order is a guaranteed sale no matter what, publishers can put more pressure on the developers to push out whatever code they have for the set fiscal launch date and do day-one patches and fixes to get the game into shape. Almost every single game that released in 2016 had a day one patch for this reason. These aren’t your usual couple hunrded megabyte patches, either. Some of these were absolutely massive. Take a look.

With games launching in such poor shape, it’s no surprise that some of them have received less than favorable reviews for the state they launched in. With outlets controlling access to games, it’s possible that your trusted review sites are being squeezed to provide high scores to games in order to keep from being blacklisted by publishers.

At least one Spanish site has gone on record stating that Koch Media (who handles distribution for Square Enix in Europe) contacted them directly about the state of their Final Fantasy XV review, which they gave a 7.5/10. They stated that the outlet was crossed off the list of media to receive embargoed games because of the disapproval of the score.

This practice of blacklisting sites with unfavorable reviews is a publisher strong-arm tactic that would not be acceptable in any other industry. Cars couldn’t be sold before they were properly tested. The same with any other consumer electronic or appliance. But because video games are digital code and entertainment, the experience you get at launch is the one the publisher can get away with. There’s very little the consumer can do to return a game once it’s released and publishers know that.