Ubisoft’s EXTREME!!! sports game, Steep,  launched last Friday, but with the hustle and bustle of The Game Awards 2016 and PlayStation Experience 2016, we wouldn’t blame you if you didn’t know. Today, reviews for the game started rolling in. Currently, the PS4 version is sitting at a 71 on Metacritic, which isn’t too bad. Here are what reviewers have to say: 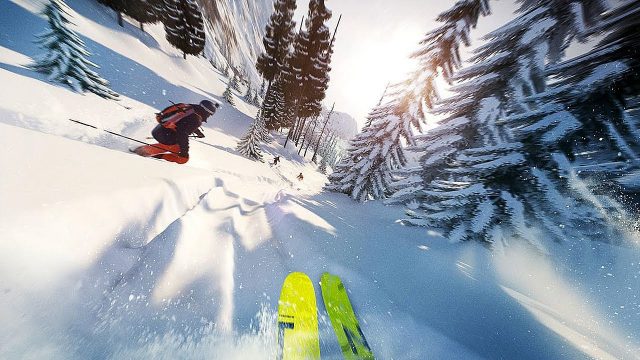 It is, however, those adrenaline-filled moments that are the best Steep has to give. When it can display a real sense of speed and danger, Steep can be engrossing. It’s in these times that it feels infinitely replayable, like this reckless catharsis will never grow old. It’s these challenges that you don’t mind trying again and again because skidding down a cliff face of snowless rocks never ceases to entertain. And, these moments are fantastic reminders of how navigating a half-pipe where it’s a struggle to maintain any speed is such a goddamn waste in this game.

The jumping and the tricking aspect of Steep is surprisingly deep when you get used to it. It can be a little daunting at first, as a lot of things come into play really quickly – especially timing that launch off an edge or ramp – but once you’ve got used to the basics, you’ll be Double Cork 1440 Popairing in no time! It’s a case of fairly easy to pick up and play, but a lifetime to master. Well, a few hours at the very least. 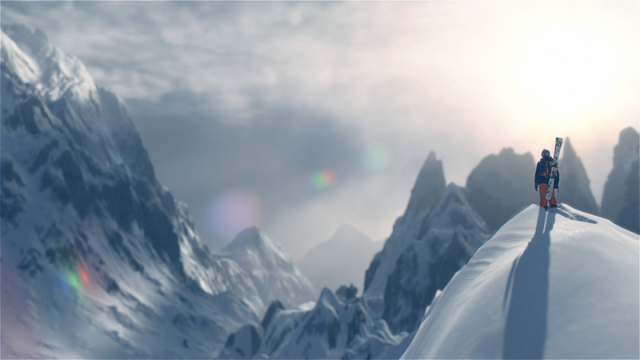 The problem with Steep, however, is that, while you may well love it, that love begins to fade with time. Partly, this comes down to niggling irritations. The 3D map, for a start, is hard to navigate, often making it unnecessarily awkward to find your next event. The rest of the UI isn’t much better, turning simple character customisation into a bit of an ordeal. There is some fun to be had in Steep. The crux of the game, the actual snowboarding and skiing, do feel good and are fun to play and there are a whole lot of varied challenges to do in the frosty Alps. But a whole bucket load of bizarre design decisions distract from that. Ubisoft tried to innovate, but instead just over-complicated. 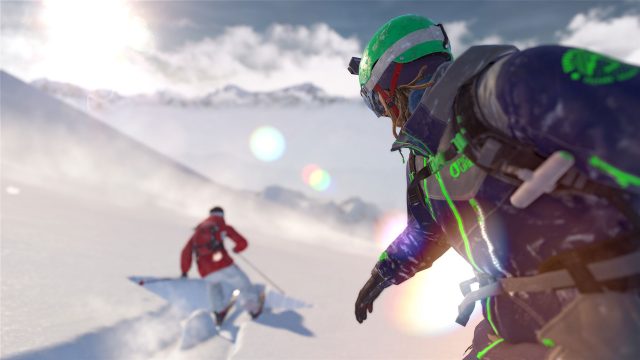 The sheer idea of a gigantic extreme winter sports sandbox is extremely compelling. While the game manages to live up to some of its potential by offering up an expansive, beautifully detailed map and an extensive collection of modes, it falls short on several fundamental elements, critical to the success of a new franchise. Odd storytelling, inconsistent controls, practically non-existent tutorials and imprecise collision detection all combine to derail what should have been a new premier franchise for Ubisoft.