Super Mario Run debuted on iOS yesterday and you may be wondering what all the hype is about. This is Nintendo’s first mobile game to feature Mario directly and while it does resemble earlier Mario games, this one has more in common with some other traditional mobile games you may have played.

At its core, Super Mario Run is an endless runner. That means Mario moves on his own and all you have to do is tap the screen in order to jump over obstacles and enemies. While that sounds simple, there’s some nuance to it as the longer you tap and hold the higher Mario will jump.

To perform a wall jump in the game, just tap on the screen as Mario hits a wall and he’ll jump off of it. You can use this trick to get over obstacles and get more coins.

Coins in Super Mario Run will help you buy new items and modes in the game. While the standard yellow coins are what you’ll see the most in these levels, each level also has five pink coins that are placed in harder to reach areas. You’ll need to perform high jumps and wall jumps in order to get these hidden coins.

If you manage to collect all the pink coins in a level, you’ll get rally tickets for Toad Rally, which is a separate mode. You’re not finished with the level after you’ve collected all the pink coins however, as once you run the level again, purple coins will be scattered around in even harder to reach areas. Once you collect all the purple coins, you’ll have to find black coins that are supremely challenging. 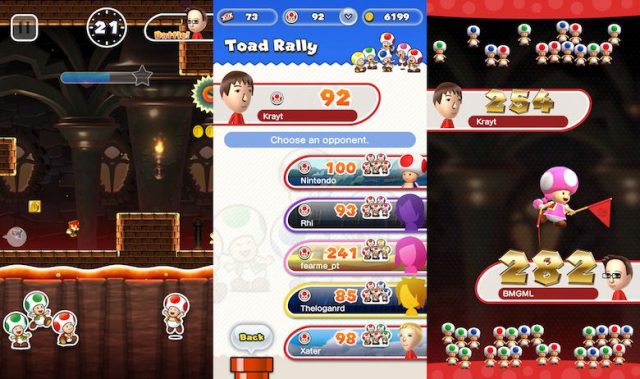 Toad Rally is separate from the World Tour mode of Super Mario Run as it’s currently the only mode you can compete with your friends in. You win this mode by collecting the most coins and having the most Toads show up to cheer for you. You gain Toad admirers by performing cool jumps by mixing high jumps and wall jumps with the obstacles in the course.

When you perform flips and wall jumps in the game, a Coin Rush gauge will fill and then a ton of coins will appear for a short time as you move through the level. In order to compete against friends in Toad Rally, you’ll need one Toad Rally ticket.

As you compete against friends and win, the Toads who show up to admire you will want to join your kingdom. They come in five different colors and you’ll need to collect them all in order to build different buildings and characters. 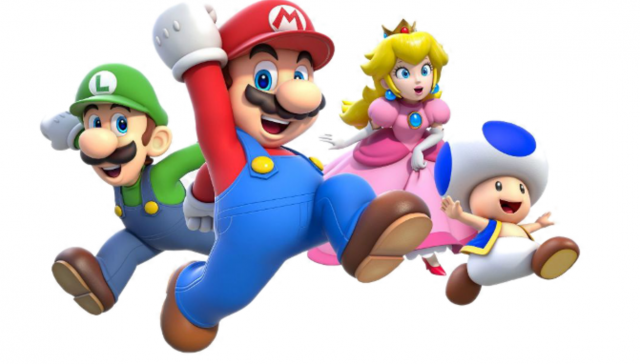 While the game starts you off as Mario, there are five new playable characters in the game right now. Some of them will be unlocked when you beat the game, while others need you to acquire specific buildings by getting Toads in Toad Rally to unlock. Here’s the full list of characters you can unlock in the game and how to do so.