The newest Uncharted 4 DLC arrived earlier this week (Wednesday to be exact), bringing with it some more Uncharted nostalgia in the flavor of classic guns, a map, and a game mode that takes some cues from Uncharted modes of the past. Oh, and there’s an entirely new map in there too. Overall, the Survival DLC is a good time. The M4 and Para 9 weapons are balanced enough so that they’re not overpowered, but strong enough that with some practice, you can do some serious damage to the opposing side. However, actually getting from the start menu to the multiplayer or survival modes takes a bit longer with this update.

You see, with the Uncharted 4 update, Naughty Dog also added some screenshots of multiplayer moments and high-resolution character concept art. Both sets of these new assets pop up when you boot the game or select one of the two multiplayer modes. While we love looking at how pretty the images are, we can’t help but be a tad bothered by how long things take to load now.

As you can see from the video above, before the Survival update, getting from the main menu to the first screen in multiplayer took about 25 seconds. Now, post-Survival update (we recorded this with update 1.19), that time jumps from 25 seconds to 43. 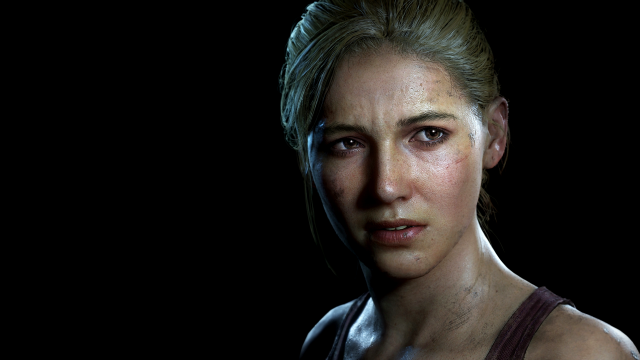 The increase might not seem like a lot, but the execution behind all of this is puzzling. Instead of using the new images to mask the game’s load times, they lengthen them. You would think that while you’re looking at the multiplayer screenshots, the game would be loading in the background, preparing to immediately dump you into the mode after a certain number of screenshots. Essentially, it would be a fancy loading screen. Except that’s not how it works. Instead, the screenshots take place before multiplayer starts loading, for some odd reason.

This makes a simple thing like entering or exiting multiplayer a slightly stressful process.