With only a day before tNintedo reveals the Nintendo Switch launch details, we can just barely contain our excitement. Just a few days ago, GameStop’s page for the Nintendo Switch let it slip that Skyrim and possibly even a new Pokemon game could be coming to Nintendo’s upcoming hybrid device.

As rumors have told, this upcoming game is codenamed Pokemon Stars. Similar to Pokemon Emerald, Crystal Version, and various other titles, Stars will be the third entry in this generation’s Pokemon games, combining Sun and Moon into one game. Rumors state that this Switch exclusive title will bump up the visuals seen in the 3DS counterparts with “higher-resolution assets.”

Since this is just a rumor, we’re not taking any of the aforementioned information as fact yet but that hasn’t stopped someone from making their own version of Pokemon Stars. With the help of the 3DS emulator “citra,” YouTuber TS4M was able to run Pokemon Sun and Moon in HD. The difference between the 3DS version and this is pretty jarring. Here’s a comparison shot: 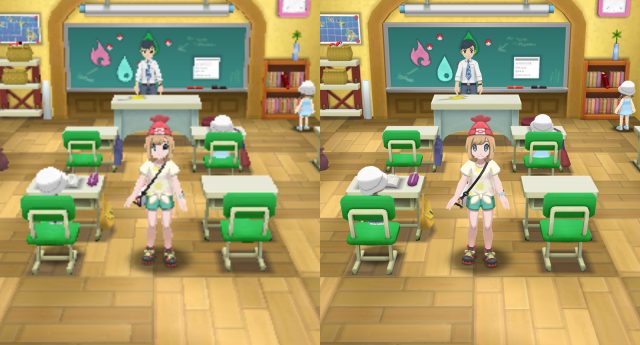 This certainly isn’t a 100% accurate comparison since we’re not sure what changes will be made to the game if Pokemon Stars actually exists, but being able to see what the default version look like running in HD is close enough for now.