Although you might’ve gotten it on PlayStation Plus a while back or maybe you’ve already purchased it in general, you might want to consider buying FEZ, the psychedelic puzzle game from Polytron.

From today until February 6th, FEZ will be “pay what you want” with all proceeds going to the American Civil Liberties Union (ACLU).

Following United States President Donald Trump’s ban on immigration from seven predominently Muslim countries, people around the world have been donating as much as they possibly can to stand up to what they consider to be an injustice. In just in one, the ACLU managed to raise $20 million from donations made by people who want to join the fight.

If you feel so inclined, you can make your purchase here. 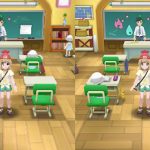