5 of the most offensive marketing stunts in gaming history

Marketing can be a tricky task. Not only do you have to find a way to speak to your audience in a way that effectively sells your product, but you also have to do it without offending those same people. The five companies below didn’t quite pay attention to that last bit. 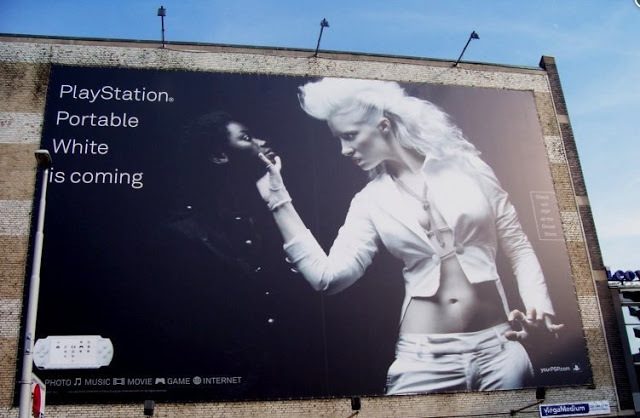 Last gen Sony did a lot of interesting things. Take, for instance, the way they advertised the then upcoming white PSP. You’d think that’s not something you could possibly mess up, right? Well, that’s just what Sony did when, in 2006, they OK’ed a racist billboard in Holland!

The billboard in question (which you can see above) shows a white-clad person overpowering another person decked out in black clothing. Understandably, people weren’t very happy about the racial implications behind the ad and so Sony apologized…but not at first. They tried to defend it:

“A variety of different treatments have been created as a campaign to either highlight the whiteness of the new model or contrast the black and the white models. Central to this campaign has been the creation of some stunningly photographed imagery…”

So you want to hype up the launch of your gore-filled game. You have a party planned, but you’re prepared to go all out to make this party truly unique. How do you do that? If you didn’t answer “do something with a headless goat,” you’re not metal enough.

And so we arrive at another Sony blunder. This time, the company was advertising the 2007 release of God of War II with a party. While that seems pretty tame, for some odd reason, they decided to have topless women popping grapes into peoples’ mouths, and a competition to see who could eat the most offal from the goat’s stomach.

Here’s an excerpt from the OFFICIAL PLAYSTATION MAGAZINE WHERE THEY SHOWED PICTURES OF THIS EVENT IN A TWO-PAGE SPREAD. UNCENSORED.

“How about eating still warm intestines uncoiled from the carcass of a freshly slaughtered goat? At the party to celebrate God Of War II’s European release, members of the Press were invited to do just that . . .”

To speed or not to speed 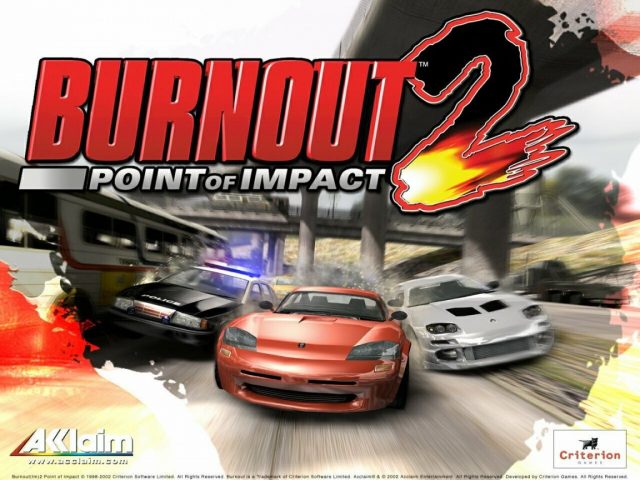 In 2002, Acclaim Entertainment (the publisher of Burnout) released Burnout 2: Point of Impact for the PS2. To commemorate this momentous occasion, they offered to pay the speeding tickets of any British driver who was caught by a speed camera on October 11th. Obviously, this didn’t go too well. The British Department of Transportation saw this move as Acclaim “encouraging people to speed and to break the law.” While Acclaim denied that was their intention, the damage was already done. Luckily, nobody got hurt. 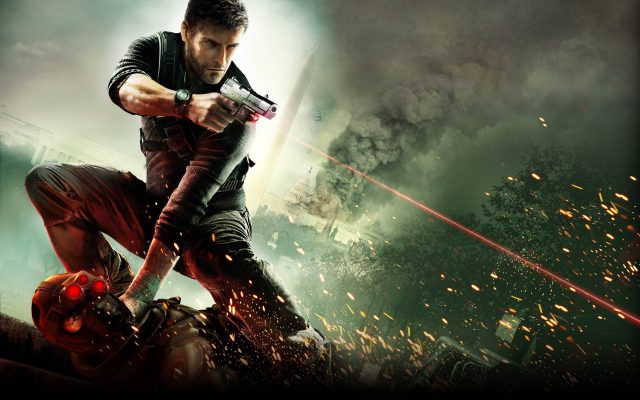 The year was 2010; location: Auckland, New Zealand. Horrible marketing stunt in question: Splinter Cell: Conviction. One Friday night around 8pm, around 24 people watched in horror as a man with bandages on his hands brandished a gun and began pointing it at them. As they all ducked for cover, the police came and quickly diffused the situation. The gun was fake.

Monaco Corporation, a marketing firm who partnered with Ubisoft in New Zealand, was to blame. They thought this would be a good way to advertise Splinter Cell: Conviction. In response to the misunderstanding, a Monaco representative said, “It was just marketing gone wrong.” 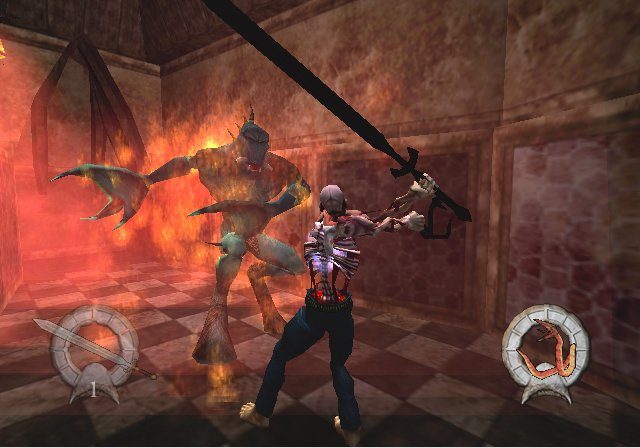 So, we end this list with the most tasteless marketing stunt we’ve seen. In 2002, Acclaim Entertainment (again) thought of a novel way to advertise the release of a game they were publishing. This time, it was Shadow Man: 2econd Coming. The stunt involved defacing the gravestones of the recently deceased (no, we’re not kidding). However, instead of just doing it, Acclaim reached out to the loved ones of the person buried, offering to pay them money so they could advertise the game on the headstone.

As if that wasn’t bad enough, when things started to get bad, Acclaim doubled down and tried to defend their actions. According to them, this offer might “particularly interest poorer families” and the money could seen as “a subsidy to burial costs to give their loved one a good send-off.”

Can you think of even worse marketing blunders? If so, let us know in the comments below!