Your mom may have yelled at you a lot for playing World of Warcraft instead of coming to the dinner table to eat, but what she didn’t know is that while you were busy murdering bears for their pelts you were also absorbing some other valuable information you can apply to your every day life. And you didn’t even realize you were being educated, did you?

It doesn’t matter if your bread and butter MMO was managing a corporation in space or raiding molten cores with 39 other people, you had to ‘git gud’ with your money in order to support a top-tier character in either EVE Online or World of Warcraft. Some people did this by taking on professions to craft goods to sell on the auction house, but craftier people manipulated those people. 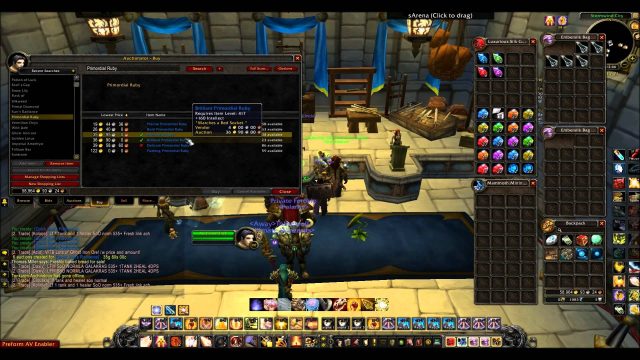 In the case of World of Warcraft, some players used add-ons like Auctionator to control the entire marketplace for certain goods, no matter who was crafting them. Common targets in the game included craftables that every character needs, like gems, glyphs, potions, elixirs, and inscriptions.

In order to control the market for a specific trade good in a game, players need a stockpile of money, which means they have to learn to manage themselves effectively. Learning not to blow all your gold on those shiny new epics in the auction house means you can effectively use the money you earn to buy goods people are unknowingly selling at lower than market value because they’re not using the same auction house mod that analyzes prices.

Armed with the knowledge of what a specific trade good has been selling for each day that you scanned the auction house to retrieve data, players can then decide which items to buy at the current price and mark up to sell at a higher price with a guaranteed return on investment when the item sells. (Which it will because smart players use this process with consumable items that characters will always need throughout the current expansion pack.)

2. You get more done when you work together in groups. So learning how to get your in-game finances under control so you can get to 60 and kit out your character means nothing if you don’t have friends who are willing to brave the dungeon with you. And in order for those groups to succeed, people had to be willing to work together. Causing grief or strife for the group just meant you’d be kicked and in the days before Blizzard started combining servers, having a reputation as a troublemaker on a server meant you didn’t get very many pick-up groups.

All those skills you learn dealing with people when they come together in groups, either as small as five or as many as forty have real-world translations too. Managing groups of people well is something most employers expect from their management and learning to manage people well by managing their expectations can benefit you in many walks of life. Too bad you had to endure a lot of nerd rage and yelling in-between the valuable experience of working together.

3. To get anything in life you really want, you’re gonna have to grind. 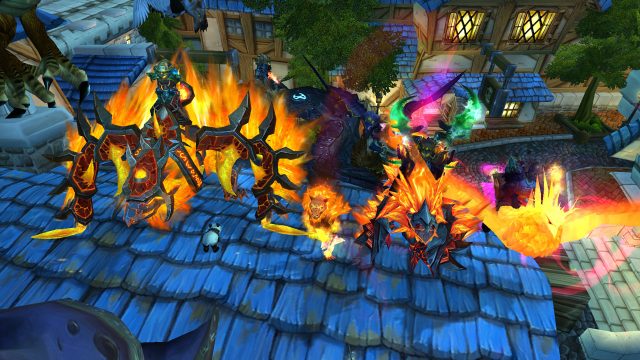 Just like real life, World of Warcraft is littered with shiny trinkets you can obtain on your journey through Azeroth. The most popular to show off are rare mounts that come from a variety of places, including .5% chance drops sometimes. Showing these off make you feel great, until you think about all the hours you dedicated to grinding in the game, hating yourself for doing something you hate to get something you want.

Well, that’s pretty much life. Plenty of people have jobs they dislike but they keep them because it pays well and it’s better than being homeless. WoW isn’t supposed to be a job, but it does a really great job of teaching you that in order to get the things you want in life, you’re going to have to put up with doing things you hate.

4. Not everyone has your best interests at heart.

One common theme that follows MMORPG players no matter what game they’re playing is scammers. Scammers actively try to con players out of their money, their accounts, or anything of value that the player could potentially give away. Sometimes it’s as simple as a scammer whispering a player what looks like an “official” message from Blizzard and redirecting them to a website that will then phish their account information should they type it in. However, in-game scams are huge, too.

One example is the browser-based MMORPG called RuneScape. In it, there are several different armor sets that have different variations that are called trimmed armor. A common scam some players would do is standing around in town offering to “trim player armor for free.” Unsuspecting noobs who have seen the trimmed armor then ask what they have to do. The player says give all of your armor to them and they’ll return it trimmed. 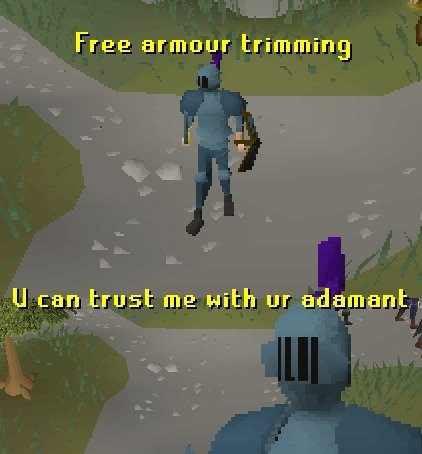 In reality, trimmed armor is a separate item all together and there’s no way for players to “trim armor” in the game. Players learn quickly when they’re the victim of a scam, even if it’s just virtual items they’ve worked extremely hard to get. 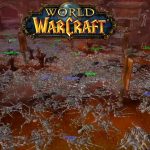 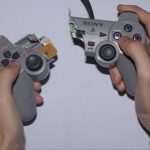 5 of the greatest gaming freakouts of all tim 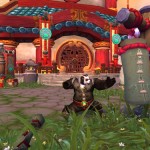 World of Warcraft: Mists of Pandaria Gets Rel