9 of the wackiest, uncomfortable gaming controllers

In case you missed yesterday’s news, good ol’ Valve is working on a new prototype controller for the HTC Vive. This controller aims to further bridge the gap between the real world and virtual reality by allowing you to hold on to the controller without actually holding it. The controller doesn’t exactly look comfortable, and it’s kinda weird looking. So, that got us thinking about the weirdest, least ergonomic controllers we’ve ever seen and of course, we couldn’t come up with a list without sharing it with you.

We’ll just let the training video speak for itself. 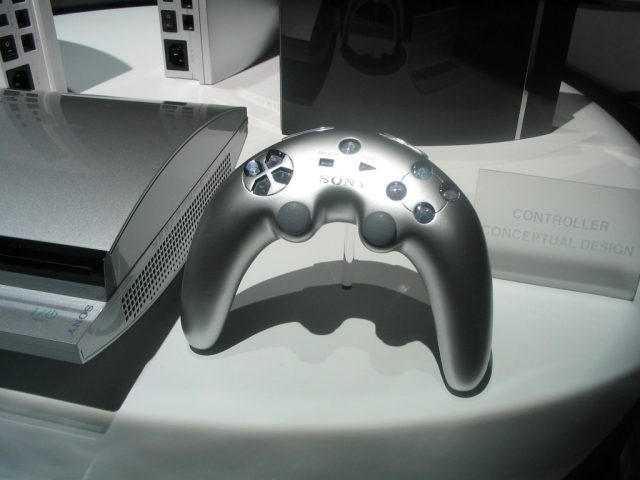 his controller actually never saw the light of day (outside of a convention center, that is). Sony cooked up this odd successor to the DualShock line of PlayStation controllers prior to the launch of the PS3. According to designer Teiyu Goto, then Chairman and Group CEO of Sony Computer Entertainment Ken Kutaragi “wanted something different for the controller.” Admittedly, this doesn’t look all that uncomfortable. Wackiness aside, our only real problems are that it wasn’t a DualShock and we didn’t get to try it out!

There were actually two versions of this unique Resident Evil 4 controller: one for the PS2 and another for the Nintendo GameCube. Today, we’re talking about the GameCube controller because of the abysmal button placement. As you can see from the video above (by YouTuber AlphaOmegaSin), the GameCube’s comfy control scheme isn’t faithfully replicated on this controller. Yeah, you have everything there, but the various triggers and bumpers are in odd nooks and crannies on the controller, making it less than comfortable for long periods of time.

What happens when two artists team up to design a Dead or Alive controller? Bras happen, that’s what. Daniele Hopkins and Kyle Duffield came up with a working, PlayStation controller that doubled as a bra. They had participants play the controller (which was being worn by Hopkins and Duffield themselves) in order to show people what it feels like to control real bodies. We’re not sure if the bras were comfortable, but we give them props for demonstrating their product.

This one is pretty self-explanatory. The Dance Dance Revolution finger pads were designed to make playing the game on the Game Boy Color easier. Since the system is so small and the buttons are immediately accessible, such an accessory isn’t really necessary. But it’s also kinda cute, so we’re pretty conflicted on this one.

Are you a PC gamer who would love to sit back and use a controller for your gaming? If you answered yes, this isn’t the solution to your problems. Get a DualShock 4 or an Xbox One controller. But, if you’re feeling adventurous, you could try out the iGrip Ergonomic Keypad, a controller that looks anything but ergonomic. The buttons wrap around to the back of the controller where they sit on two-button rockers, kind of like the volume rocker on your phone. While a lot of thought seems to have gone into key placement, there are certainly easier-to-use controllers available for your couch-gaming needs.

Ah, the wonders of the Nintendo Wii. This console had a lot of unnecessary attachments due to its popularity and motion controls. One of the more wacky peripherals was the Wii Bowling Ball. Essentially, the controller’s only real use was for Wii Sports‘ bowling game or any other bowling game available on the system. Otherwise, you just bought a $25 paperweight. 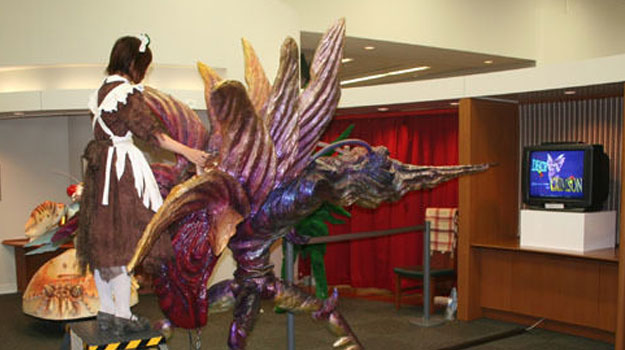 And so we finish off the list with the absolutely craziest, wackiest controller we’ve ever seen: the Death Crimson controller. No, that’s not a real creature, but we forgive you for thinking it is. If you go to the back, you’ll find a stool to stand on so you can put your hands on the controls, located a few feet off the ground. If that’s not frustrating enough, the game is supposed to be hard, and we can’t imagine playing with that thing made it any easier.

Have you tried out any of these controllers? Let us know in the comments below.