5 things we want to see in Red Dead Redemption 2

After teasing the gaming community for the better part of a week on Facebook with images drenched in that famous red, Rockstar Games has finally announced Red Dead Redemption 2 will be coming next year. That’s all we know about it, aside from the reveal image that is splashed across the main page of Rockstar’s teaser site.

The original game found cult status among gamers for a believable story and protagonist and for the dynamic events that can happen while you’re in the open world. It was a ground-breaking change in open world game design that many developers since have mimicked to great success. Here’s what we want to see in the sequel.

5. Show us Marston’s gang of outlaws before they split Part of the appeal of the original Red Dead Redemption is taking on the role of John Marston, an ex-outlaw tasked with tracking down his old outlaw pals and putting them to rest so he and his family can live in peace. While John Marston is running around doing the Pinkerton’s dirty work in the first game you get the hint of a Wild West gang and how much fun that could be. Bring it on in the sequel.

4. John Marston is great, let’s see more of him 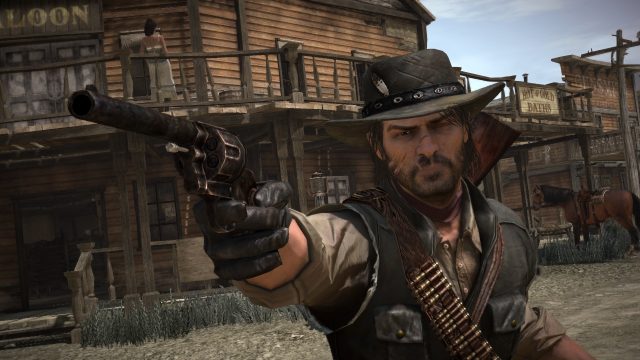 What I’m about to say contains spoilers for Red Dead Redemption so if you haven’t played it yet, you probably should. At the end of the game, John is confronted by an unbeatable posse of Pinkertons who mow him down in cold blood, leaving the player to take on the role of Jack Marston, the son you spend the latter half of the game teaching how to be a man.

The problem is Jack Marston is a whiny asshole and everyone who beat the game ended up hating playing as him. You can get revenge against the man who orchestrated mowing down your dad, but in the end Jack’s voice and his lines just aren’t very compelling. We want more John Marston, preferably when he was still an outlaw.

3. More customization in the game, please 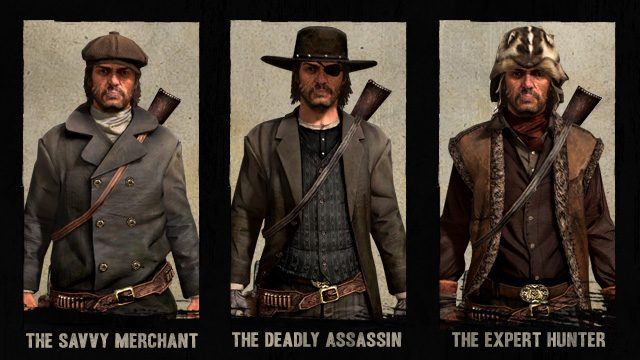 The original game shipped with several outfits to find and collect on your adventures, but not nearly enough. With the online component of Grand Theft Auto V going so well for Rockstar, we hope they take the opportunity to make customization one of the main focuses of Red Dead Redemption 2, which we already know will contain an online component.

The outfits in Red Dead Redemption were also all one piece, so when you put a certain thing on you had that look and that was it. We’d like to see more outfit customization and more gun customization, so you can truly tailor what you look like while playing the game.

2. Give us a deeper crafting and hunting system 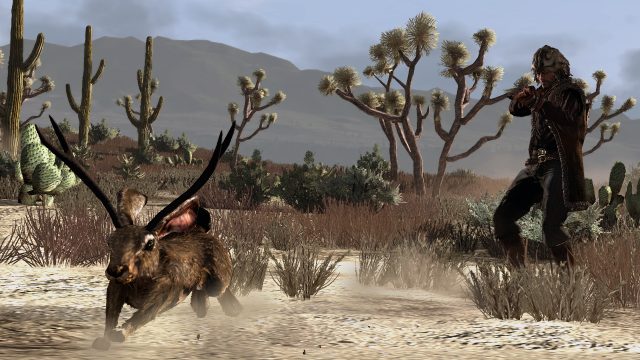 One of the unique aspects of the original game when it launched back in 2010, was the hunting and gathering. There were milestones for performing certain feats when it came to hunting and gathering and you could trade the things you killed and found for cold hard cash and other goods. It was a unique system, but it didn’t have much depth to it. We’d like to see this explored more.

The original Red Dead Redemption came out before Minecraft took off like it has, so we’d like to see some survival elements incorporated into the game. Make hunting more dangerous and worth more, perhaps to tie into the customization system that should be expanded. Revenge on cougars should be about more than just killing pixels. In fact, we hope Rockstar takes some cues from The Witcher 3 in how to handle hunting.

1. Red Dead Online better be as robust as GTA Online

One of the surprises that came alongside the announcement of the game is that the game will have a heavy focus on multiplayer. GTA Online has done extremely well since the launch of that game and Rockstar is likely looking to repeat that sucess with Red Dead Online. Better customization is just part of showcasing yourself online.

The heist system available in GTA Online is superb and we hope the general idea makes it into Red Dead Online. Imagine getting together a gang of outlaws to terrorize settlements across a huge western map, especially if players are able to take on the role of Pinkertons who might be tracking down players who have successfully held up a bank.