Hey Capcom, whatever happened to Deep Down?

Every new generation of console has teaser games that are shown alongside the console reveal that never come to fruition. Just this generation we have Scalebound on the Xbox side of things, a Platinum Games-developed title that was supposed to be an Xbox One-exclusive RPG. With its cancellation, we’re left wondering what happened on the PS4 side of things.

Capcom teased Deep Down as a PlayStation 4 exclusive title all the way back in 2013 when the PlayStation 4 was first unveiled. The title was advertised as a working title and the game will use Capcom’s Panta Rhei engine. Here’s how Capcom describes it:

From what we’ve seen of the game, it appears to be a co-op multiplayer dungeon crawler with combat that is similar to Dragon’s Dogma or a less difficult Dark Souls. Capcom’s original trailer for the game heads this article and it was truly something to be excited about for many gamers. We just never expected it to be the vaporware that it has become, since Capcom has showcased a lot of gameplay.

There were rumors that Capcom was experimenting with a free-to-play model for the game, something that would be similar to Let It Die’s model of providing access to the game for free, but charging for conveniences like revives and other boosts while playing the game. It’s been three years and we haven’t heard a peep out of Capcom about this game, until today.

The company appears to have filed for another trademark registration for the game. The one filed in July 2013 for it is still valid and was granted its fifth extension in August of 2016. So it’s not like Capcom has completely abandoned the game or its working title.

So where does this leave fans of the game? Will we be seeing more of Deep Down at E3 later this year? We’ll have to wait and see, but given the startling success that is Resident Evil 7 and its fan-pleasing return to the series’ roots, perhaps Capcom is trying to focus on quality over quantity these days. That’s something I certainly won’t complain about if it gets us a rival to Dark Souls in the action RPG genre. 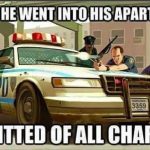